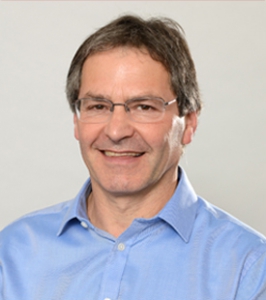 Mark has been a Senior Lecturer at Imperial College London, a Research Fellow at the London School of Economics and Brunel University, and a Researcher and Consultant at the Tavistock Institute. He has held visiting or associate posts at INSEAD, Fontainebleau, London Business School, the Tavistock Clinic and Helsinki University of Technology. He is currently an advisor to the Centre for Organizational Psychology, Roskilde University, Denmark.

Mark was an external examiner at the University of Oxford between 2009-2011, and has been an External Doctoral Examiner at HEC Paris, the Tavistock Clinic, Royal Holloway University of London, Exeter University, University of Lancaster and the University of Bath. He reviews papers for numerous scholarly journals and is on the International Advisory Board of Organisational and Social Dynamics. Previously, he was on the International Editorial Boards of Human Relations, Organization Studies, and the Journal of Management Inquiry, and was an Associate Editor of Organisational and Social Dynamics. He has also received funding from the DTI, the Marine Safety Agency, and the Tavistock Institute for Medical Psychology. His publications include two edited books and numerous journal articles and book chapters. Mark has run leadership workshops and given keynote conference speeches at various venues, and also given talks on the writing of original journal articles.

Mark has also had a long-standing connection with INSEAD, Fontainebleau, and specifically the International Global Leadership Centre, Consulting and Coaching for Change Masters Programme, and Organizational Behaviour Department at INSEAD. At various times Mark has been the director of leadership workshops; external assessor; research collaborator; Adjunct Professor; and Visiting Scholar at INSEAD.

Mark has been involved in running leadership development workshops and group relations events for many years, including at the Tavistock Clinic and Institute, OPUS, London Business School, INSEAD, and the University of Leicester. He was also Director of the Leadership Module on the MBA at Imperial College London and has taught on the Oxford University/HEC Paris Consulting and Coaching for Change Masters Programme.

His work has been reported in various newspapers, media and blogs around the world. His work has been translated into French, German and Italian, and he has been interviewed by INSEAD Knowledge, TV3 Malaysia, BBC World Service and BBC Radio 4 Today programme. His work has also been featured in the Financial Times, Bloomberg Businessweek, and City A.M.

Mark has been awarded the European Academy of Management’s iLab Prize for innovative scholarship; an Emerald Citation of Excellence; the Group & Organization Management best paper prize; the Gavin Macfadyen Memorial Essay Prize; and the Richard Normann Prize, of which he is the only recipient.